Festivals in France are great places to sample French culture in many forms: music, art, theatre, religious pageantry and food. Everybody comes out to enjoy the fun.

The festivities start up full force in Spring.  The weather becomes warmer and people go outside.  July and August are the busiest months.

Some Festivals in France happen all over the country.  Others are specific to the region and its culture.

Bastille Day traditions, a national holiday brings celebrations across France with fireworks, parades and fun for all. 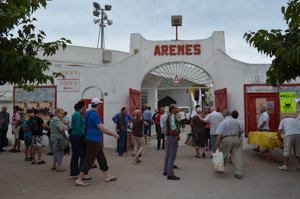 All across the country Autumn brings the harvest festivals, and Christmas in France is celebrated with pageants and holiday markets that characterize the regional heritage.  For example the most elaborate and beautiful Christmas decorations are in Alsace and reflect its Germanic influence.

The festivals listed below are held all over France or in several regions.

Festivals in France by Region

I hope this list helps you find the festivals in France that suit your interest so you can attend and have a fun time.

Return from Festivals in France to French Culture Adventures