The History of Tour de France begins in 1903 as a way to increase readership of a fledgling sports paper l’Auto, and to gain additional readership over its competitor Le Velo. Le Velo had a much larger readership and covered all the bike races at the time, so the editors at L’Auto decided to create their own race to get exclusive coverage. Covering the biggest multi-day bike race in the world gave L’ Auto the readership it needed. It eventually outpaced Le Velo which folded in 1904.

The winner would win 6 times the yearly salary of a worker, so it made it worthwhile for many to endure the challenge.

Individual times to finish each stage are aggregated to determine the overall winner at the end of the race. The rider with the lowest aggregate time at the end of each day wears a yellow jersey.

In the Tour de France history early years, points were given for placement in each stage, and those with the most points at the end of the race would be declared the winner.

The tradition to have the leader of the race wear the Maillot Jaune (the yellow jersey) was initially started in 1919. It is thought that the color was chosen because of the color of the paper l’Auto was printed on. L’Auto eventually because L’Equipe after WWII. Looking at the Tour de France history we can see that the early Tour de France were a bit of a wild affair. Since they mostly rode overnight, it was difficult to follow what each rider was doing, and cheating was rampant. Riders hopped into cars and onto trains, and riders were beaten up by rival fans. Today’s accusations of blood doping seem relatively tame in comparison. 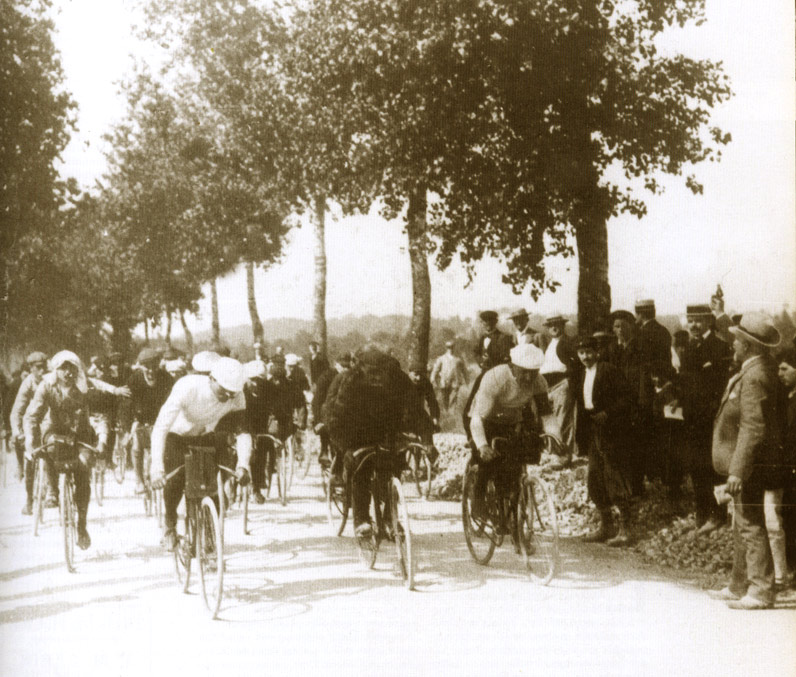 The Tour de France began in 1903, and has been held every year except during the 2 world wars. It was unlike the modern Tour which spans 3 weeks, 21 stages, with 2 rest days, with the longest day in the saddle is not more than 7 hours. The 1903 Tour de France route had 6 stages that were spread across 19 days, with 1 to 3 rest days between stages, and grueling stages lasting as long as 18 Hours and 9 Minutes.

The stages would often be covered overnight and the riders would be asked to check their brakes and to not make too much noise and they rode through villages at night!

The Tour de France route included the epic mountain passes and created problems for the early riders due to the condition of the roads, and the existing bicycle technology. Multiple gears wear not allowed. 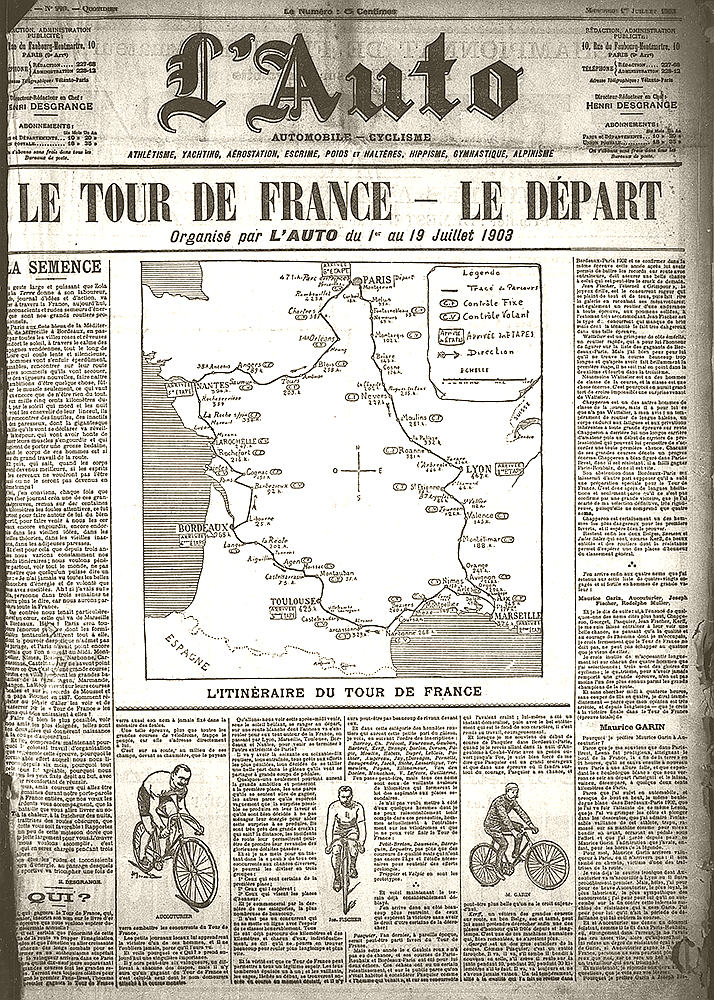 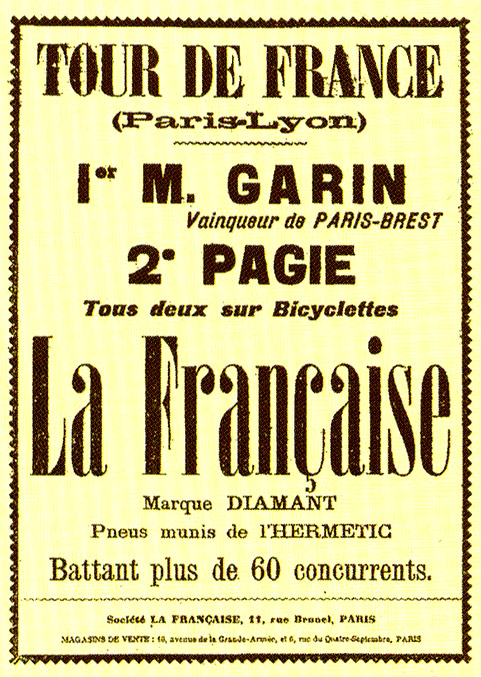